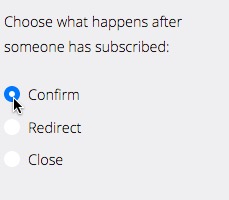 Click to edit the campaign from the Campaigns page.

Click the Success tab, and ensure either the Confirm or Close option is selected.

Note: it is not possible to add conversion script(s) to campaigns when the Redirect option is chosen.

The general format of the script you need looks like this:

Suggested usage is as follows—adapt as necessary to suit your own requirements:

eventCategory
Set this to Leads
eventAction
Set this to Opted in
eventLabel
This is optional, but allows you to drill down and potentially see the number of leads from each optinopoli™ campaign.
Tip: use the placeholder [[campaign_name]] in place of your campaign name—where used, we will dynamically swap this for your campaign name when the tracking script is called. This means for example the names of campaigns can be edited, as well as duplicating and split testing campaigns, with the campaign names in your tracking data automatically kept in sync.
eventValue
This is optional, but could for example be used to reflect the average value of each new lead to your business.

A tracking script snippet is shown on this page with the values above (except eventValue), ready for you to copy and paste if required. 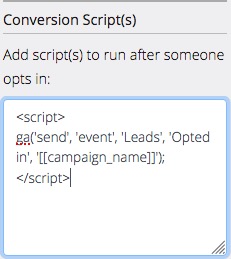 Add your tracking script to the Conversion script(s) field.

NOTE: It is important to include the <script> tags for each script you include in this field.

What you have set up so far means that new leads will start registering as Events within your Google Analytics account.

However, there's a bit more work to do so they can start registering as conversions. To do this, you need to set up a new goal via your Google Analytics account as follows: 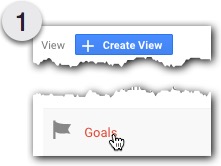 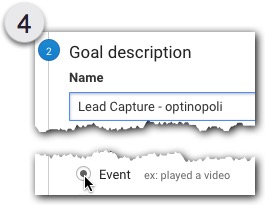 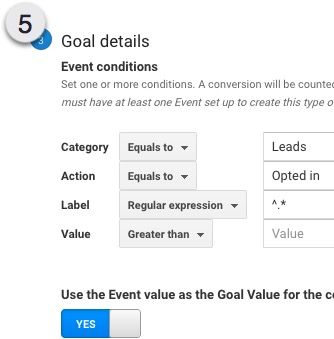 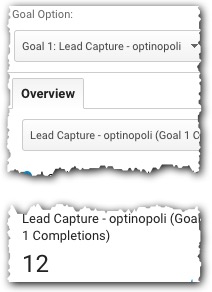 Verify It's Set Up Correctly

As new leads come in, check to see if the conversions are registering in Google Analytics (Conversions > Overview).

If everything has been set up correctly, you should start to see new leads showing as goal completions. Note you may need to wait a few hours for results to show.

If not, double check all your settings above and try again.

Note: if you're adding conversion tracking for an existing campaign that's being split tested, remember to add the tracking script to the variations too.